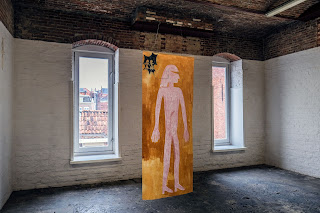 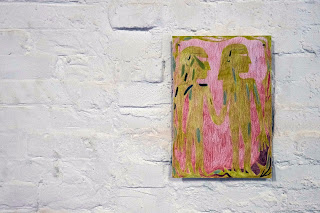 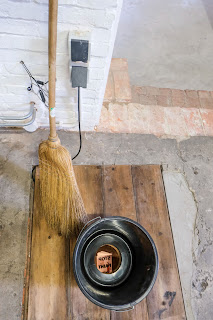 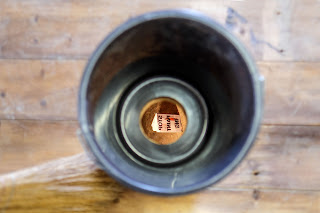 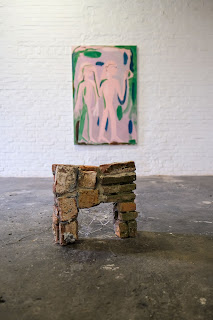 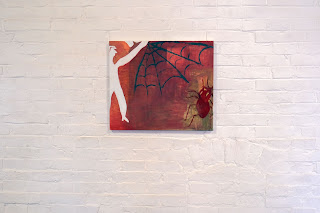 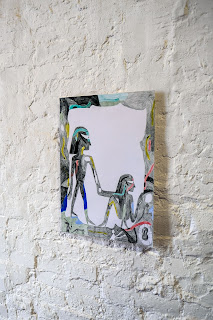 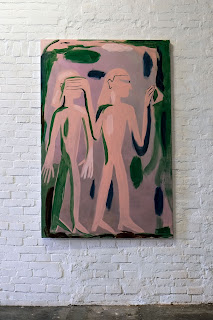 Bernice Nauta
A spider named Feather has a lot to say but has no ears
06 November - 11 December 2021
Block C, Groningen

Bernice Nauta (1991) graduated from KABK in The Hague in 2013, and is currently pursuing her Master’s degree ‘F for Fact’ at the Sandberg Institute in Amsterdam. Based in The Hague, she is part of the artist-run gallery Billytown where she previously organized several exhibitions. Her work has been shown in solo and group exhibitions around The Netherlands, and in such cities as Brussels and New York. Bernice also followed residency programs at NIKI in Hannover (DE), Orbital Residency, Cantabria (ES), and Sundaymorning@ekwc, Oisterwijk (NL).

Exhibitions in Block C do not often have such long titles as A spider named Feather has a lot to say but has no ears. The title was created by the artist and refers to the myth that she wrote for this exhibition. This myth does not refer to a distant past, nor is it a prevailing thought that needs to be debunked. Instead, it is a narrative in and of itself that reveals Bernice’s internal dialogue.1

The myth was written in response to a struggle of two conflicting perspectives that constantly clash with one another: the fear of making more paintings and the strong will to paint. Looking for a way out of this spiral, Bernice came up with the idea of putting herself in the shoes of the object of one of her fears: the spider. The sculpture titled What kind of spider knows about arachnophobia? (2021) responds to this transformation.

Near the heater, at the right-hand side of the entrance in the exhibition space, a broom leans against the wall. In between the wall and the broom, a thread of headphone cables has been stretched in the form of a spider web. An excerpt from the song ‘Free Will and Testament’ by Robert Wyatt is playing through the headphones. We can hear the words “what kind of spider knows about arachnophobia?” It is a well-known fact that spiders do not fear their own kind. By imagining herself as being the spider, Bernice tries to outsmart her fear.

A spider named Feather has a lot to say but has no ears
06 november t/m 11 december 2021
Block C, Groningen 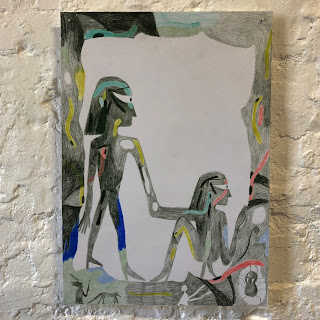 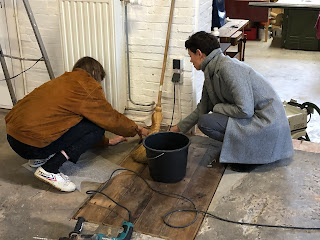 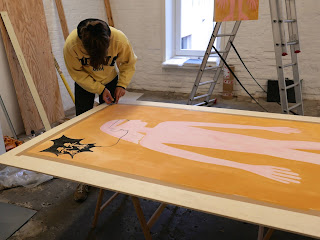 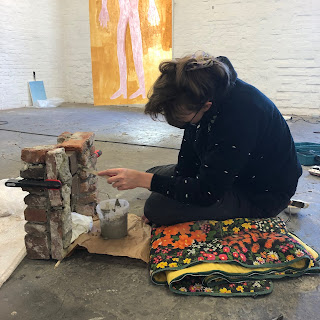 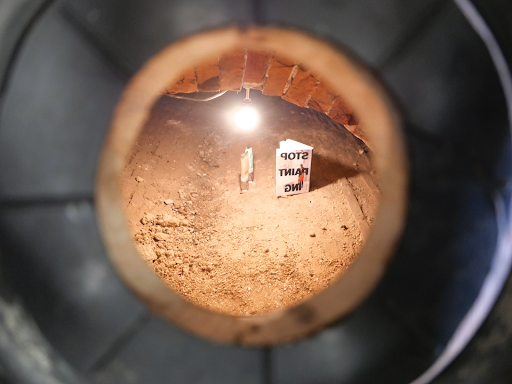